The journey to being wholesome is learning to be holey.

We are so damn tough on ourselves. This often causes us to react poorly to feedback that comes our way. Flawsome will show you how to make peace with all of you and respond better to those things that typically trigger you off. It is about giving yourself permission to be fully human and fully flawed.

If you want to get your hot little hands on a hard or soft copy of Flawsome you can buy it from us or grab it from the below online retailers;

You are not called an accountant, or a speaker, or a writer. You are called by a name – your name. You are you. To know what that means and who you are requires work. Just like growing into a new pair of sneakers, you need to grow into who you really are.

To do this, you have to accept your flaws. To make peace with your humanity you need to drop your search for perfection, to be OK with being enough – flaws and all. To ultimately find that your flaws can become your super powers. This is a fabulous place to be and so much easier to reach than you might think.

In this fascinating book, author and feedback expert, Georgia Murch, teaches you that being flawsome is not just about accepting your flaws, your inadequacies, the things you hide – it’s understanding where they come from and rewriting how you see yourself, so you can live as you are. It’s not just about making peace with your shortcomings and imperfections but knowing that without them you are not you. Your flaws make you, you.

This book is for those who would like to stop being good enough for others, and start being themselves.

Part 1 – Learning to be Holey

I first came across the phrase ‘flawsome’ years ago when I heardit coined by Tyra Banks. Tyra is a supermodel and the creator and executive producer of America’s Next Top Model. She is one of the pioneering African American supermodels following in the footsteps of Naomi Campbell in what was once a white-dominated industry. She became the first ever African American to be on the cover of the Victoria’s Secret catalogue, and was a catwalk model with them until 2005. She has pushed against racism for her entire career, but that isn’t all she has stood against. During her career Tyra was dropped from modelling and designer contracts after she put on some weight, because she was considered to be too curvy. Rather than starving herself and conforming to the industry standards, she decided to embrace her look and work with agencies who chose to do the same. Tyra stands for being flawsome. She chooses to celebrate her ‘flaws’ and see them as what make her awesome; to rejoice in her humanity and not hide from it. She decided that her aim wasn’t perfection, it was distinction. How cool is that?

Not long after Tyra started producing America’s Next Top Model, photos appeared in the tabloids showing her in a swimsuit with noticeable curves and cellulite. The photos were featured alongside an article titled: ‘America’s Next Top Waddle’. She was working in an industry that expected and aimed for perfection, but this only spurred her on more. As a judge on the TV show, she taught women and men to highlight the things aboutthemselves that were different from the ‘norm’: highlight your freckles, celebrate your curves, love your nose that’s bigger or teeth that have gaps between them. Make your flaws your own.

Tyra is committed to using her platform to help everyone, especially young women, embrace their imperfections such as weight fluctuations, weird facial features and crooked teeth. I know, it’s easy for her to do this when she looks like an Amazonian goddess. But the point is, celebrating your flawsomeness in an industry that doesn’t rate imperfections is big. She has taken a stand against body shaming.

Tyra Banks and her flawsomeness got me thinking. If her legacy is about celebrating physicality in all its forms, why can’t we do the same for our humanity? Why can’t we choose to see the things about ourselves that we’ve decided are not cool as a unique part of us – part of what makes us human and perfectly flawed?

Tyra taught me that being flawsome means accepting all of yourself. This doesn’t mean you love all of yourself all of the time; being flawsome requires you to constantly reframe your thoughts, especially if, like me, you are starting to nudge your 50s and bits are sagging that you never knew you had. But I am committed to my own evolution, and I am getting stronger at observing my judgement rather than latching on to it.

PART I: THE PURSUIT OF FLAWSOME

Download the start and Part 1 to get a sense of what living a FLAWSOME life is all about and where you are in the journey. 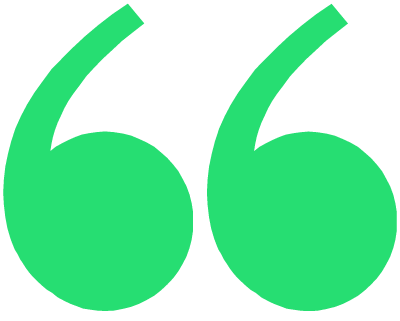 “From Australia’s leading thinker, author and expert on feedback comes a new book on the most important feedback of all … the feedback we give ourselves. This is a book about our self talk, and yet it’s much more than that. It’s a blueprint for how to be the best leader you can be, by doing the work on yourself to be the best person you can be. It’s a book about acceptance and surrender. About forgiveness and responsibility. Evolution not through fixing what’s wrong but through being good with what is. It’s a beautiful book written with courage, humour and love.”

“Flawsome is the release valve leaders, parents and evolutionaries need to let go of the pressure we place on ourselves to be perfect. With personal candour and her trademark humour, Georgia Murch takes us on an exploration of what it truly takes to learn and grow in todays high performance world. She encourages us to embrace our flawsomeness, by learning to process the feedback around us in ways that help us move from self-control to self-evolve. Packed full of tools for self-examination, tips for boosting relationships, and laugh-out-loud stories about life and leadership, this book is for anyone ready to take their flaws and turn them into flawsome!”

“Georgia was integral to the successful delivery of our Recognition Project at Envato. Most importantly, her keynote speech at our “all company” event was a ripping success! Georgia brought the energy we needed to really kickstart the project and get people on board. She delivered a presentation that spoke directly to what we were aiming to achieve with a perfect blend of fun, facts and candour! We loved her so much we’re already planning other events with her!” FIND OUT MORE
Back to books